B1 robot is a fully torque-controlled quadruped robot equipped with a Z1 Pro arm. The robot will part of our lab in Fall 2022, and is a key platform for legged loco-manipulation research. The arm mounted on the quadruped is used as a manipulator capable of interacting with its environment, but it can also be used as an extra limb in order to unlock nonconventional multi-contact transitions. The robot is equipped with several sensors for perception and state estimation. 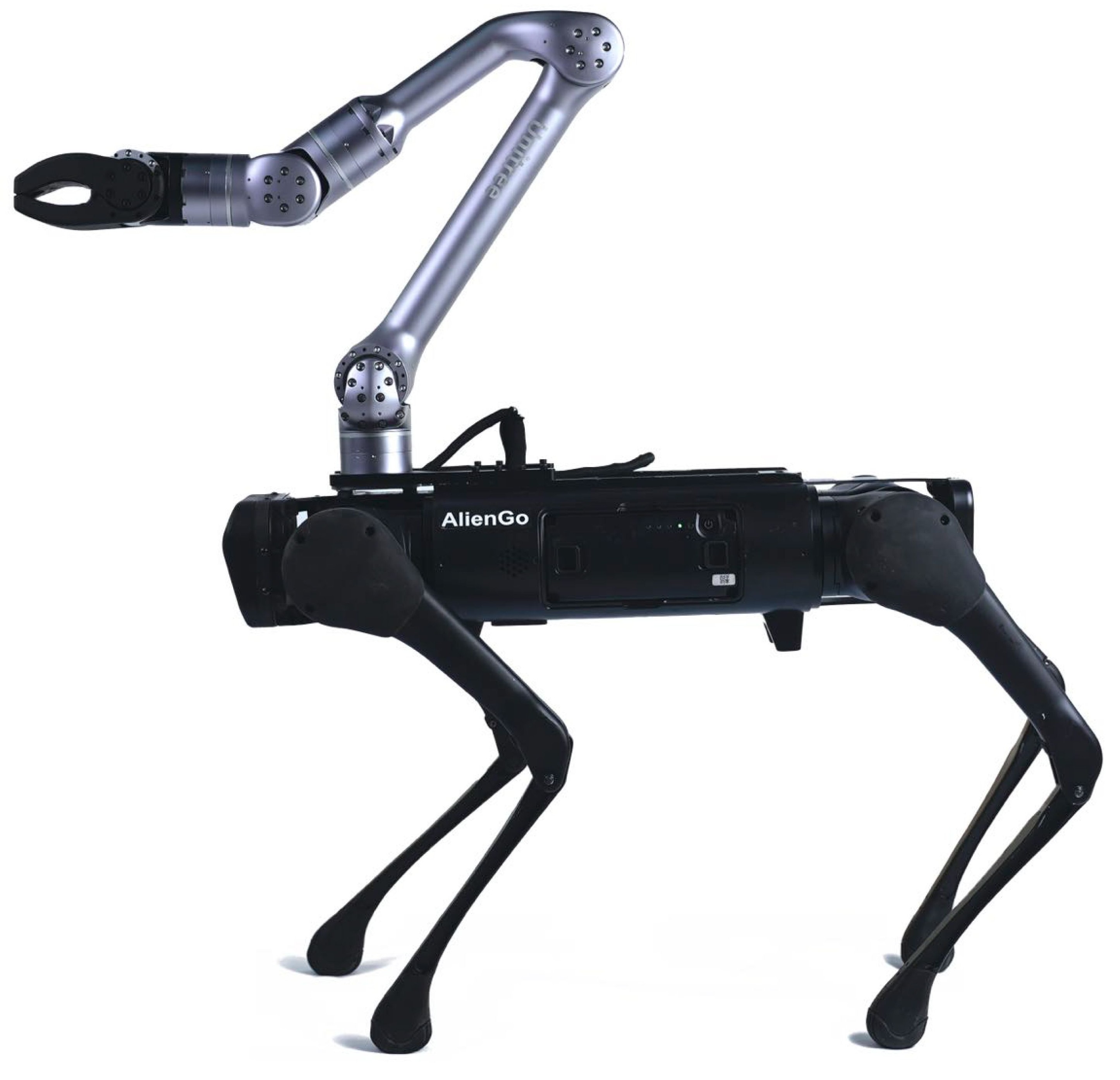 The B1 quadruped robot is a torque-controlled robot that weights around 50 kg and its maximum payload is 40 kg. Unitree B1 is 1.11 m long, and 67 cm tall. This robot walk until 1.8 m/s and climbing up slopes up to 35 degrees. It is equipped with Jetson Xavier system, 5G wireless network, and GNSS. Its autonomy is between 2-4 hours. Instead, the Z1-Pro arm weights 4.3 kg and carries until 3 kg of payload. This arm has 6 degrees of freedom, and can be controlled in position and force.